The Animal & Plant Health Agency (APHA) arranges the valuation, removal and slaughter of TB reactors, and pays compensation to the keeper. Private slaughter is also an option.

England, Scotland and Wales have different legislation and systems for TB compensation. The system of compensation applied depends on where the cattle were TB tested. For example, if the keeper’s main holding is in England, but the cattle were tested over the border in Wales, any compensation due would be determined by Welsh legislation. Once you have received your reactor pack, APHA will contact you to carry out a telephone valuation. They will ask a series of questions in order to:

The valuation is usually completed at the time of the phone call using table valuations, unless the animal requires an individual valuation by an independent valuer. If your herd is a new breakdown you will need to complete a ‘details of supplier form’ so that compensation can be paid into your bank account. You will also be sent a valuation pack containing useful information.

You will also receive a brown envelope addressed to the haulier for the cattle passports, TB24 licences and FCI declaration along with a reminder to give these documents to the haulier. Compensation will be paid to you after the slaughter and post-mortem examination of the reactors. It can take up to six weeks after slaughter for payments to be processed and paid.

The categories are based on the animal’s age, sex, pedigree status and type (e.g. beef or dairy). This is calculated from either:

All cattle on Approved Finishing Units (AFU/AFUE), Licensed Finishing Units (LFU) and pre-movement test Exempt Finishing Units (EFU) are destined for slaughter only and have no breeding potential, therefore they are classified as commercial type. Compensation tables (both current and historical) can be found on GOV.UK.

Usually an individual valuation is made by a valuer selected by APHA, whose appointment is agreed by both the owner and APHA. 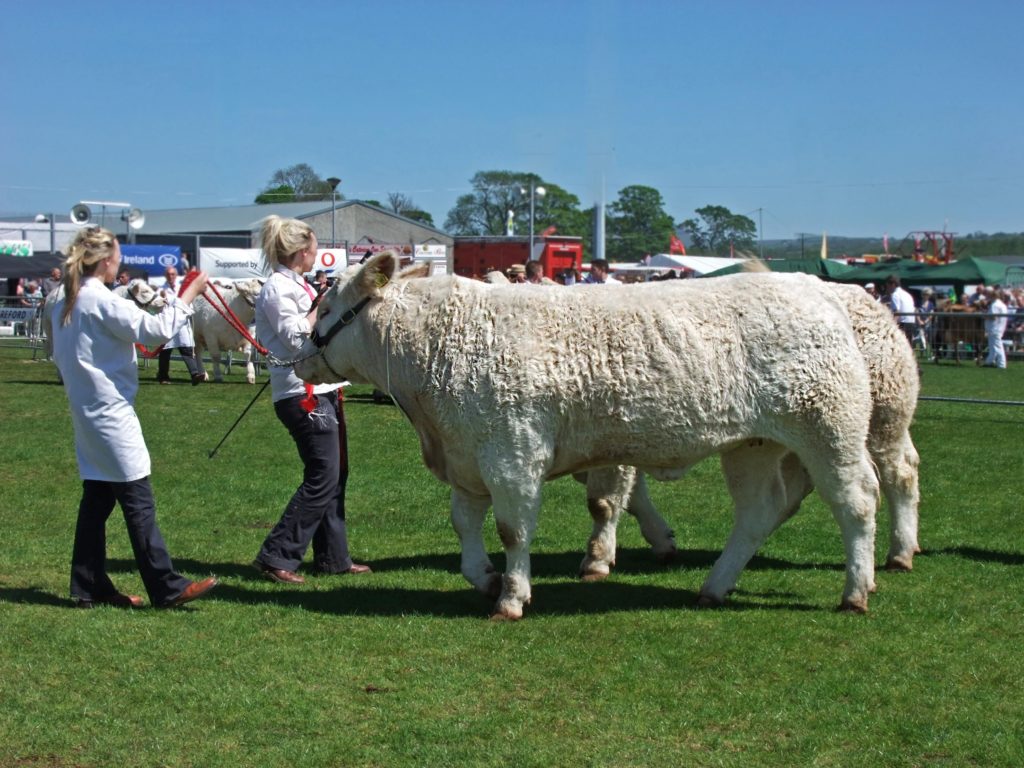 For an animal to fall within a pedigree category for TB valuation purposes it must be entered into the main section of a breeding book and have received a zootechnical certificate from a recognised breed society. Checks are made by APHA to confirm whether a pedigree certificate has been issued by the breed society. The full definition of a pedigree animal is contained in The Cattle Compensation (England) Order 2019.

Any animals classed as TB reactors or direct contacts are compulsorily removed and slaughtered. A direct contact (DC) is an animal that, although has not tested positive for TB, has been in contact with known infected animals and is slaughtered for disease control purposes, with compensation paid. Animals must be appropriately tagged and have identification documents. Compensation is only payable for animals which comply with The Cattle Identification Regulations 2007, including the requirement for cattle to be identified by means of ear tags and a passport.

In England, compensation payments may be reduced in the following circumstances. In cases where a reduction to compensation is applied, APHA notifies the keeper in writing of this decision.

Reductions to compensation payments are applied to TB reactors found at tests that have become overdue by more than 60 days after their due date. The percentage reductions applied are:

A 50% reduction in compensation is applied for animals moved into a TB breakdown herd that are subsequently removed as TB reactors (or direct contacts) before the herd regains officially TB free (OTF) status.

Approved Finishing Units (AFU/AFUE), Licensed Finishing Units (LFU) and TB Isolation Units (TBIU) are exempt from this reduction. Herds that are Cattle Health Certification Standards (CHECS) bTB accredited where accreditation was granted prior to loss of OTF status are also exempt. Please note that this does not include CHECS bTB entry level membership herds.

Unclean cattle at slaughter are a public health risk. If cattle are contaminated with faeces at the time of slaughter, there is a risk that the meat could become contaminated during the dressing process with harmful bacteria such as Salmonella, E.coli O157 and Campylobacter. Research has shown that the dirtier the hide, the greater the potential for carcase contamination and the higher the risk to human health. Wet hides may also increase the risk of bacteria being transferred more readily.

Animals removed for TB control purposes must meet the same standards of cleanliness that are applied to all other animals sent for slaughter. A 50% reduction in compensation is applied for reactor cattle/direct contacts that cannot be processed for human consumption at a slaughterhouse because they are unclean.

Cattle that are too dirty for slaughter not only represent a public health risk but can also be indicative of animal welfare issues on the farm of origin. On farm welfare investigations may be triggered by APHA when considered appropriate.

All cattle should be removed and slaughtered as soon as possible once classed as TB reactors or direct contacts. Normally reactor removal by APHA occurs within 10 working days of reactors being found, although there are provisions for delaying removal in exceptional circumstances. APHA arranges for the collection and slaughter of reactors unless the keeper opts for private slaughter. APHA will contact you and agree a date to remove your cattle. You should be present or make arrangements for someone else to help load the cattle. You must also ensure that:

Movement of TB reactors to slaughter may be delayed if there are issues with their identification or passport. It is important that all forms of identification, including ear tags and passports are always up to date. Contact the British Cattle Movement Service (BCMS) to resolve any discrepancies with identification and movements of cattle.

Under APHA’s Reactor Removal Framework, priority reactors are defined as:

All animals considered to be priority reactors are taken to the nearest available contracted slaughterhouse.

If an animal is due to calve within 60 days of its identification as a TB reactor, a request can be made to APHA to delay its slaughter to allow for calving. If you want to delay removal, you need to provide a written declaration from you as the owner, and a private vet of your choice before the request can be authorised by APHA. The relevant forms (TB211/TB212) can be downloaded from GOV.UK under the Delayed removal of in-calf cattle section. This is at the owner’s expense.

Removal and slaughter by private arrangement

The cattle keeper must apply to APHA for a specific licence (TB24) to move the reactor to slaughter and discuss private arrangements. It is the keeper’s responsibility to organise haulage to their chosen slaughterhouse within the required timeframe and to complete and submit a Food Chain Information (FCI) declaration with the animal. This will be sent to you in your Valuation Pack or can be downloaded from GOV.UK. Not all slaughterhouses will accept TB reactors/DCs therefore it is the owner’s responsibility to check this with the slaughterhouse. APHA staff will confirm the agreement with the slaughterhouse and Food Standards Agency (FSA) prior to issuing the licence.

Owners taking up the option of private slaughter forgo compensation payable by Defra, taking instead a payment from their slaughterhouse operator for the meat value of the carcase (known as salvage payment). However, to ensure owners benefit from this option, Defra will pay full compensation for cattle removed for TB control purposes that are privately slaughtered but the carcase is totally condemned by the slaughterhouse operator due to TB.

After slaughter, all animals undergo post-mortem meat inspection by an official veterinarian (OV) or meat hygiene inspector (MHI) at the slaughterhouse to check for lesions typical of TB. Meat inspection involves manual palpation of the carcase and making cuts into various organs and lymph nodes (glands) to look for any lesions suspicious of TB.

Samples of tissues from reactors may be taken for laboratory culture and molecular (strain) typing of M. bovis. This is used to help identify the most likely source of the TB breakdown. Culture of M. bovis is slow, taking a minimum of six weeks.

It’s a commonly held misconception that an animal with no visible lesions didn’t have TB, but this is not the case. In the UK, only approximately 40% of all skin test reactors show visible lesions due to the relatively insensitive methods of confirming infection with M. bovis at slaughter. This is not a failure of the skin test. Lesions take time to become big enough to see with the naked eye, meaning in the early stages of infection they are too small or infrequent to be seen. Visible lesions can also be missed due to the relatively quick post mortem inspection at commercial slaughterhouses.

The skin test is highly specific (approx. 99.98%) which in practical terms, means that you would expect one false positive result for every 5,000 uninfected cattle tested using standard interpretation. So if an animal is a skin test reactor, it is highly likely to be truly infected with the disease, regardless of the post mortem or culture result.

In some cases, tissue samples from the carcases of reactors and direct contacts are sent to the lab to try to culture the TB bacterium. It takes a minimum of six weeks to culture M. bovis because the bacterium is difficult to grow in the laboratory.

For carcases with visible lesions, tissue samples are taken from the lesioned organs and/or lymph nodes and M. bovis is cultured in approximately 96% of cases. For carcases that do not have any visible lesions at slaughter, a pooled sample of lymph nodes is taken. It is much more difficult to culture M. bovis in these cases, with only around 5% of cultures positive. It is important to realise that due to the insensitive nature of bacteriological culture and the difficulties in culturing M. bovis, a negative culture result does not necessarily mean that the animal was not infected.

For bovine slaughterhouse cases, the M. bovis PCR test has replaced culture as the confirmatory test for TB. A slaughterhouse case is where suspicious lesions of TB are identified at routine meat inspection of animals sent for private commercial slaughter.

When a slaughterhouse case is identified, the herd of origin’s OTF status is suspended (OTFS), which means that bovines can’t move on or off the holding except under a licence issued by APHA. Previously, tissue samples were taken from the carcase and submitted for microbiological culture which can take up to 22 weeks for a result. In the meantime, the herd remained under movement restrictions and a skin test (check test) of the herd may have been carried out pending the final culture result.

Now, instead of relying on culture results for confirmation or negation of M. bovis infection, PCR testing is carried out on the lesions sampled from the carcase of the slaughterhouse case. PCR test results are typically reported to the keeper within three weeks and, if negative, herd movement restrictions could be lifted sooner instead of waiting for culture results. This limits the negative impact of movement restrictions on cattle herds and eliminates in most cases, the need for a check test. PCR test positive results allow for more timely deployment of additional disease control measures, such as source or spread tracing and application of interferon-gamma testing where applicable.

Please note that the PCR test is only being used for bovine slaughterhouse cases and TB in non-bovine cases. It is not yet being used for skin or blood test positive cattle. After a period of operation and review of the test’s performance, APHA will consider wider use of the PCR test.